To the genus Boehmeria belongs about 47 species which grows both in Old and New World. They are mostly perennial herbaceous plants (or shrubs), nettle cousins, which are similar to nettles but have no stinging hairs. They are also known under name “False nettles”. Some species are edible, but the most important is use of them as textile plants. Especially one species – Boehmeria nivea – called Ramie, is widely cultivated w East Asia for high-quality fiber, which is used to make ropes, cloth, and some industrial materials.
They can be easily propagated by seeds – sown surface (they do not need any pre-treatment). They likes well drained soils and sunny or half-shade position. Some species are full hardy in my 6b zone while other need to wintered in cool cellar. Some species bloom late, so seeds not always ripe before winter in cool climates.
I tried to grow 9 species:
Ramie – Boehmeria nivea var. nivea – this is subshrub to about 1,5m = 5ft tall with alternate leaves, native to China, Bhutan, Cambodia, India, Indonesia, Japan, Korea, Laos, Nepal, Sikkim, Thailand and Vietnam. I grew a strain from Japan. As I mentioned before it is well known as textile plant and also vegetable (cooked roots and young leaves). In zone 6b this species can survive mild winter but strong frosts (during hard winters as occurs one for a few years) can kill it. 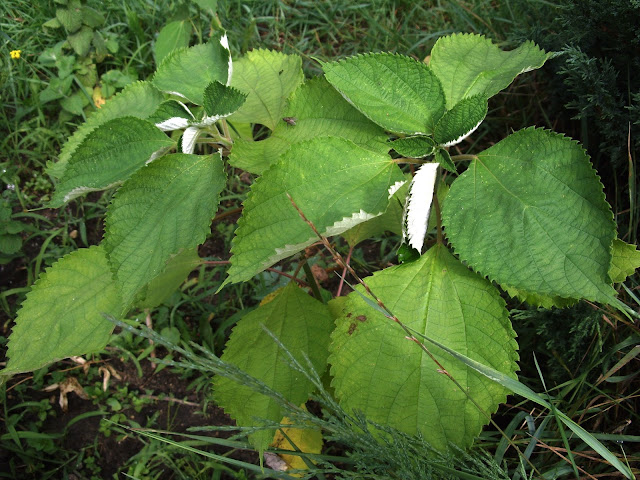 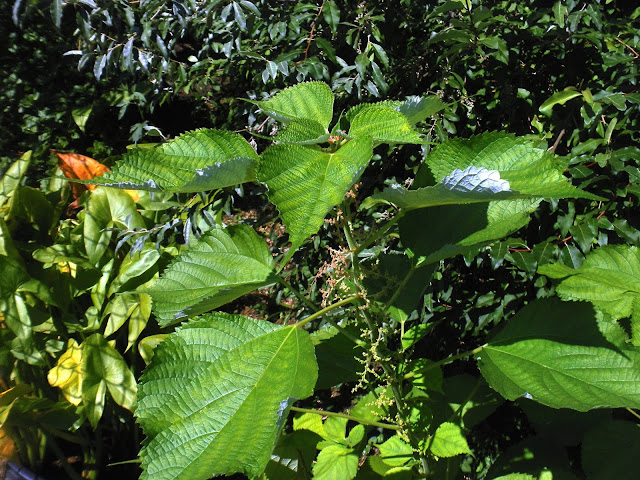 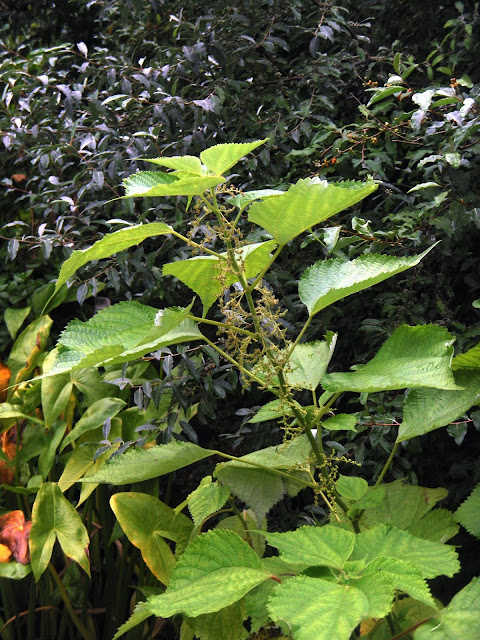 Wild Ramie, Japanese False Nettle – Boehmeria nipononivea (syn. B. nivea var. nipononivea, B. nivea var. tenacissima) - very similar to previous one perennial (subshrub) about 0,5-2,5m (=2-8ft) tall. They differs mainly by their various hairiness. It is also used as textile and vegetable herb. It is native to east Asia. I grew a form from Japan. Probably more frost hardy than var. nivea (but I am not sure because I wintered it only in cool cellar so far). Very ornamental. 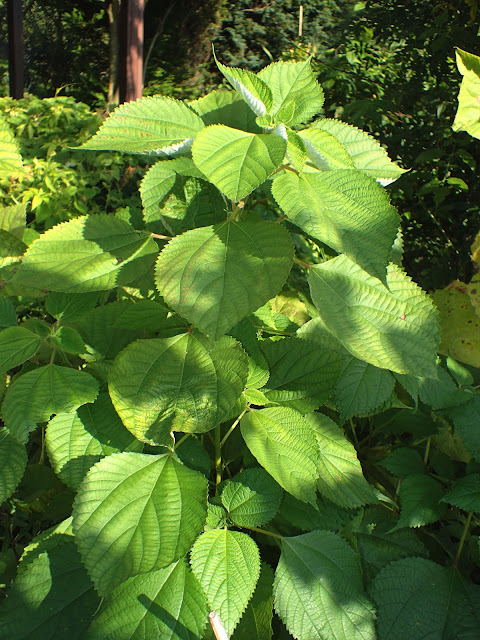 Giant False Nettle - Boehmeria gigantea - rare something frost hardy perennial about 1,5m (=5ft) tall, Japanese endemic. Very ornamental. As only one it has been evergreen in my cool and dark cellar in winter 2017/18 (where was some frost). 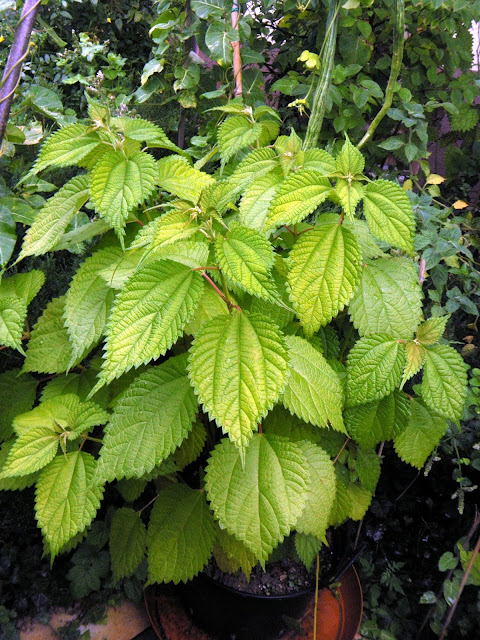 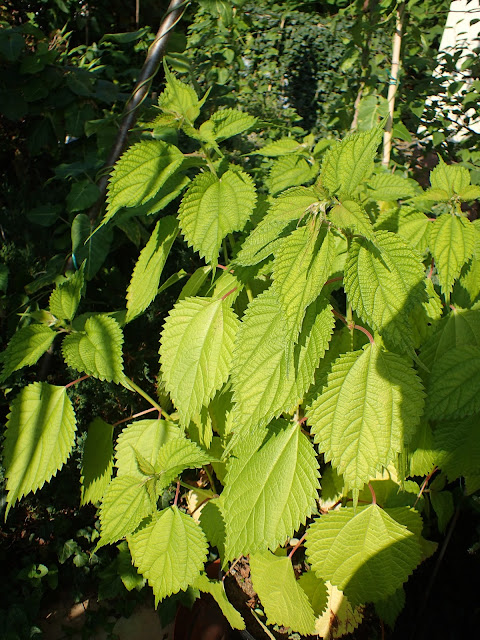 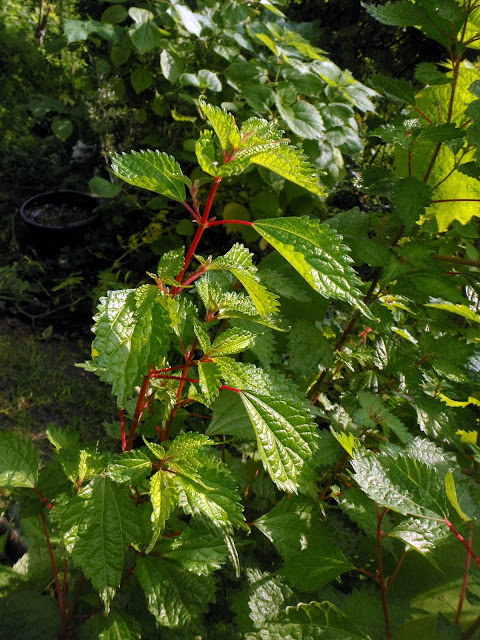 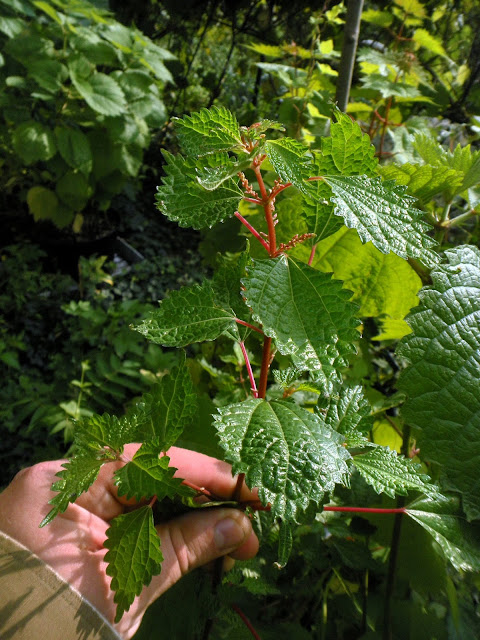 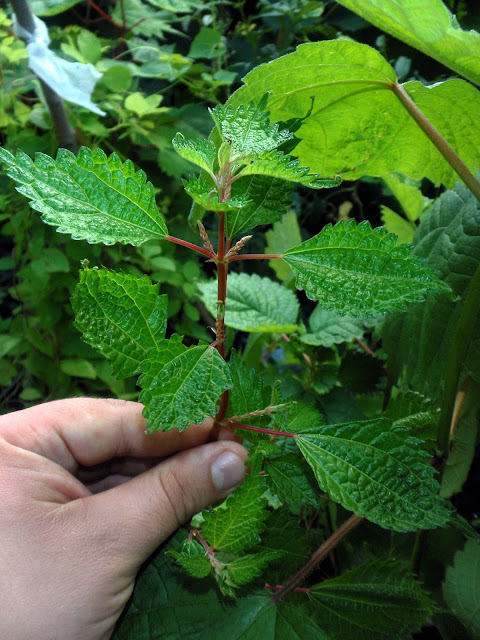 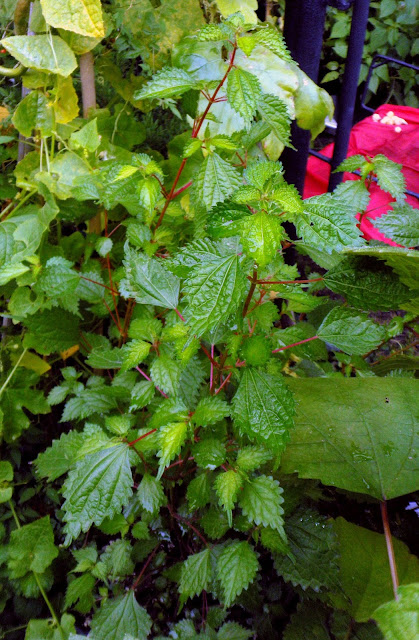 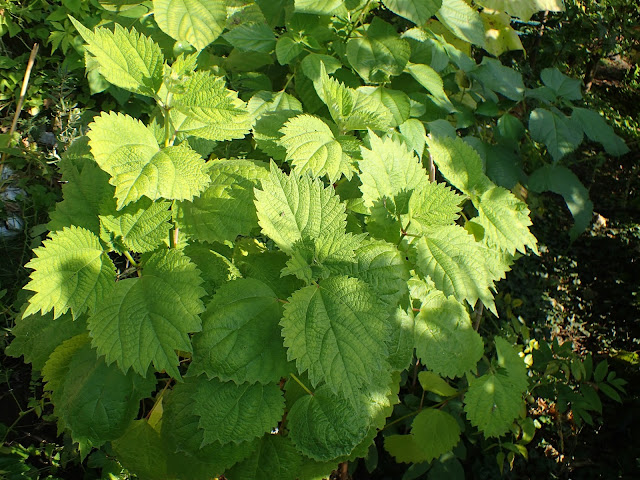 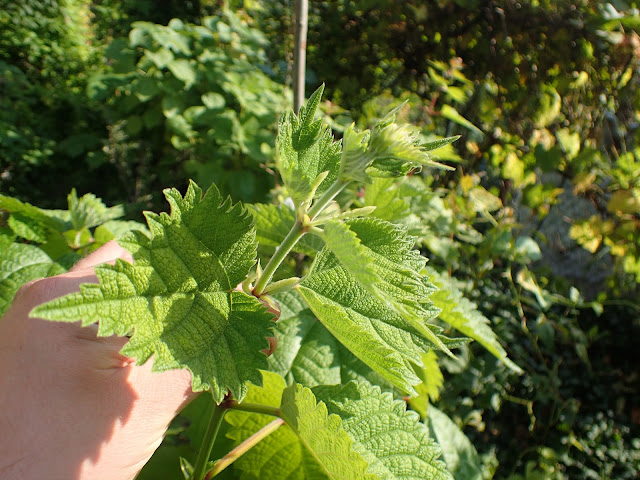 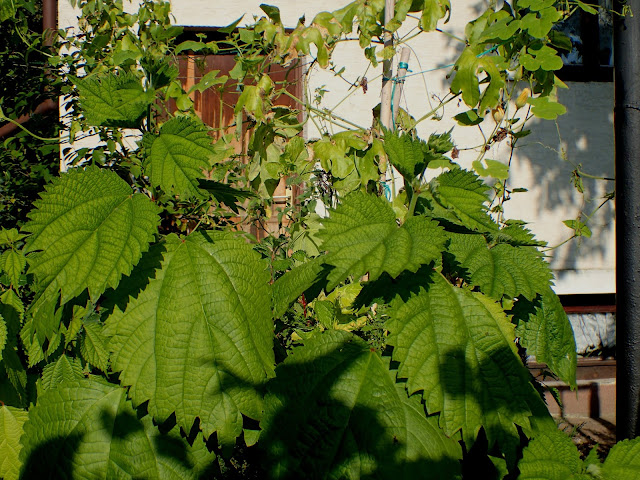 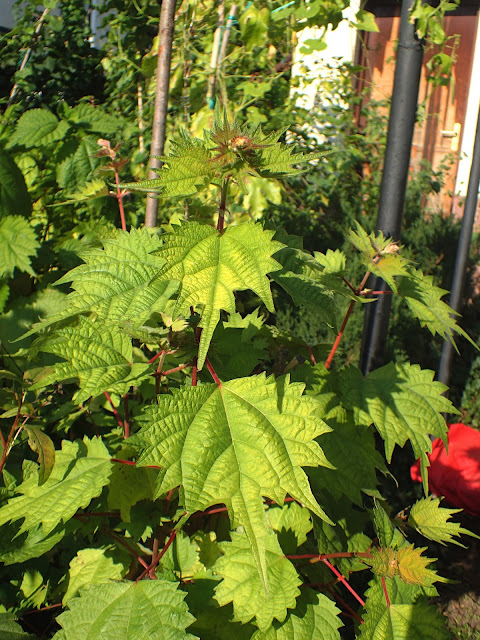 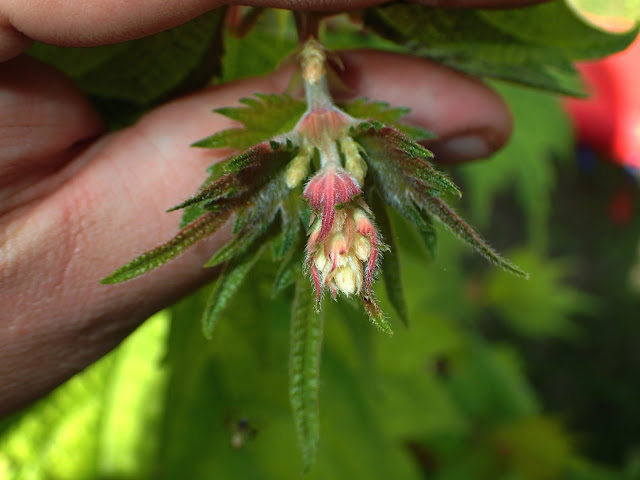 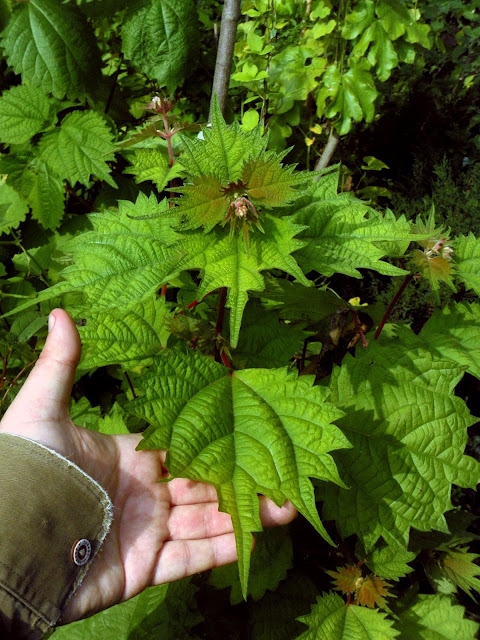 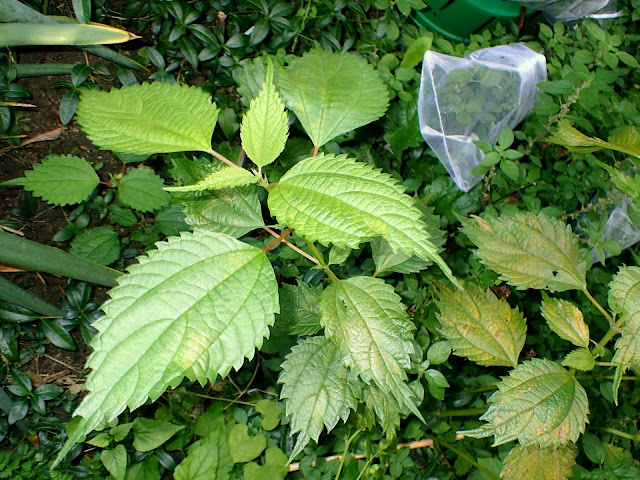 American False Nettle, Bog Hemp - Boehmeria cylindrica – this is herbaceous perennial or sub-shrub native to USA, Central and South America. A fibers obtained from the stems is used for cordage, nets etc. It survived a few winters in my garden in zone 6b (without mulching), but after one very strong winter it died.

If you have available seeds of any rare nettle cousins (species which belongs to family Urticaceae) please write to me.

On July 2019 I posted the photos of first flowers the hybrid of Hardy Tamarillo Cyphomandra corymbiflora (female parent) and male Guava Ta... 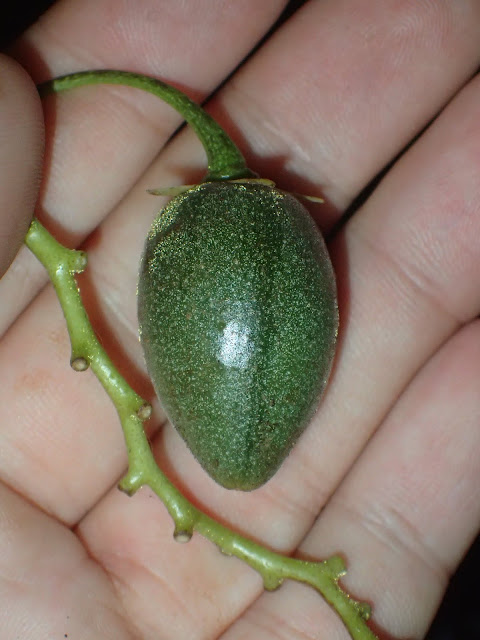 Wojciech Maksymilian Szymański
I am a Polish botanist and plants collectioner., an absolvent of PhD study on Jagiellonian University. In June 2013 I defended a doctoral thesis "The effectivity of gathering of wild edible plants by the Mesolithic people on the example of two sites - Witów (Łęczyca District) and Całowanie (Otwock District). The attempt to valorization” (in Polish language). My professional specialty are wild edible plants of Central Europe (mainly staple food species). Within over 20 years I made over 1500 experiments with harvesting and preparation of wild plants for food (with time measurements of each activity) with using primitive tools - it was the researches on a border of botany and archaeology. Such work is difficult but very interesting because the methods of preparations or harvesting have been forgotten already and they need to be re-discovered. I have not published the results of my researches yet (except a small part). My hobby is growing of rare plants - mainly wild, exotic edibles. This is my passion in last years. My ebay sale (the surplus of my growing) is: https://www.ebay.com/usr/lupinaster All rights reserved. This site has a copyright. If you want to use anything, contact me